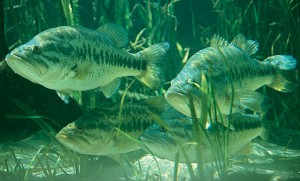 Heard on the radio this morning that Bass Pro Shops and Hillsborough County are nearing a deal to put one of the monolithic niche sports retailer’s complexes in Brandon. The $8.25 million deal currently on the table wouldn’t have Hillsborough paying BPS outright for “the privilege of its presence,” but would rather see the county paying a developer to build such welcoming infrastructure as roadwork, nearby office and retail space, and a hotel.

Which is basically six of one, half a dozen of the other.

1. There is some talk going around that Bass Pro Shops is a tourist destination. Yes, it is. For, like, 16 families in RVs on their way to wherever they’re really going to spend the majority of their meager dollars. It’s pretty obvious to me, a fisherman, that BPS is taking advantage of the County Commission’s ignorance of a specific cultural subgenre to inflate its status as a magnet for tourism.

2. When, oh when, will communities stop succumbing to the blackmail demands of business? Hillsborough County has what BPS wants–location, and customers. What does BPS really have that Hillsborough needs? Nothing, really, beyond the promise of a large handful of job opportunities–which will dwindle to low-wage retail gigs once the construction is done–and a completely unconfirmed amount of specious tourism value. We can get our Swimmy Crawfish Jigs(tm) and Lunker Lair Invaders(tm) at any one of hundreds of local tackle shops. Communities have much more power than they tend to realize in situations like this.

OFFER THEM NOTHING BUT THE OPPORTUNITY TO DO BUSINESS IN THE COMMUNITY. Let ’em pay for their own infrastructure–they actually have the money. They may balk, and open their next giant, garish fish tank surrounded by specialized Flippin’ Rods(tm) in Ocala or Boca Raton. But they’ll be back. They need millions of dollars more than Hillsborough County needs a few hundred–not thousands, that’s ridiculous–low-quality jobs, many of which are temporary at best.