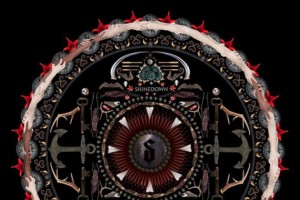 Overwhelmingly mediocre rock act Shinedown is putting out a digital-media companion to its new album Amaryllis, available for $5.99 through Apple’s iBooks tomorrow. The iPad-friendly tome reportedly features member background, making-of stories and ruminations about the album’s artwork, among other things.

Which, whatever. This is America, and if a generic rock group wants to try to gouge another six bucks out of its fans, that’s fine. What irks me about it is the fact that Shinedown members and peripheral actors insist on comparing this thing to the liner notes and expansive supplemental materials of the records of yore–which, if I remember correctly, CAME FREE WITH THE ALBUM. This isn’t a love letter to the experience of recording an album or a bold new experiment–if it were, and if the guys in Shinedown gave a shit about their fans, the album itself would include a code entitling the buyer to a free copy. It’s a money grab, pure and simple.