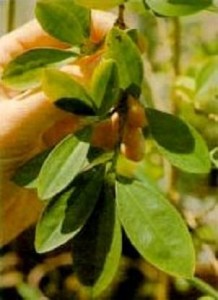 Bolivia has proposed that this arguably meddling and racist (and unarguably myopic and ignorant) dictum be stricken from the treaty; member countries have until January 31 to file their formal objections, and of course the United States of America will be strenuously opposing the move, according to “a senior U.S. Government official.”

Yes, the coca leaf is the natural-born source for cocaine,  a volatile narcotic which turns an estimated 94% of the people who use it regularly into insufferable assholes, and an estimated 11% of those insufferable assholes into murderous sociopaths. (Percentages fabricated by author.) Yes, cocaine makes rich people obnoxious, poor people poorer and occasionally more shoot-y, and bathrooms crowded. And yes, cocaine has made many impoverished South Americans reluctant participants in the drug trade, whether they chew coca leaves or not.

About the War on Drugs, I’m torn; not about it being realistic–it’s not–but about where the line is, about when it is  you let people do what they’re gonna do so long as they don’t hurt anybody else, and when you just have to bite the bullet to preemptively attempt to keep morons, narcissists and those possessed of a criminally low sense of self-esteem from doing any collateral damage as they go through the process of making a mess of their own lives.

Chewing coca leaves, though, isn’t drug abuse. It’s an aspect of a culture older than the U.N., or the U.S., or the apparently intrinsic American need to police the world, as if countries thousands of years our senior are somehow automatically relegated to the status of a naive younger sibling simply because they’re not speculating about whether or not Tiger Woods ever fucked Lindsay Lohan, or whatever. The tradition of Andean residents chewing coca leaves is just that, a tradition, and anybody who thinks it’s our business at all–let alone whether it’s better, worse, less valid or more detrimental than taking Xanax, Valium, Flonase, Benadryl, Klonopin, low-dose aspirin or freakin’ Dramamine to cope with the immediate inconveniences of one’s own existence–is engaging in some serious cognitive dissonance.