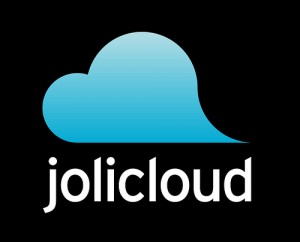 After a lot of frustration and alternative-seeking, I found a Linux-based, netbook-specific OS by a French company called Jolicloud, and so far, it’s turned out to be pretty much exactly what I was looking for. Sort of a cross between Linux and the emerging Internet-based operating systems that keep everything in an online “cloud,” Jolicloud is basically Ubuntu For Idiots Like Me, people who don’t want Windows but also don’t want to have to go to the command-line terminal to get new applications or tweak instructions to make something work. The system is optimized specifically for a long list of netbooks, automatically installing the software and drivers that help your particular portable computer work best. It also has its own version of an app store, where you can click on supported applications you want and have them installed without having to navigate a synaptic package manager or open a behind-the-scenes terminal. (Again, if you just read “bleep bloop blip,” don’t worry about it.)

On the cloud/Internet end of things, Jolicloud is also optimized for social networking, and has its own sort of social network of system users and fans. But if you’re not down with Facebook and Twitter and all that crap, you don’t need to participate. The bottom line is, Jolicloud is a simple alternative netbook OS that boots quickly, is easy to learn and use, and works well on my Mini 12 when no other Linux version would without serious overhaulage. And after the hell I (and a couple of my more tech-savvy friends) went through trying to figure out what was wrong with my netbook, that’s plenty enough for me. So thanks, Jolicloud community.

CNET Jolicloud Preview, August ’09 (and the system’s come a long way since then) 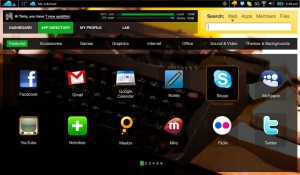