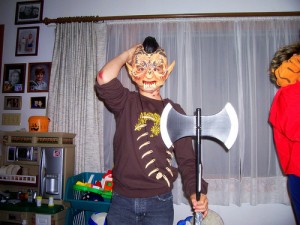 Five people were reportedly killed in a mysterious explosion in Chitungwiza, Zimbabwe last week. According to some, however, the explosion was not mysterious at all–it occurred exactly at the time a local traditional healer beheaded a “money-spinning goblin” brought to the region by a businessman who hoped to increase his company’s fortunes.

Here is the story, on, like, a real website and everything. For me the two most interesting parts of the story are that A) It costs $15,000 to rid oneself of a money-spinning goblin; and B) during the three days before the explosion, as the local healers discussed and prepared themselves for dealing with the goblin, “Mr. Kamuyedza kept the goblin at home, and only brought it to Sekuru Shumba’s lodgings for destruction on the fourth day.”

So there was a goblin just, like, hanging around for three days. A real, physical entity? What the hell did it look like? Why are there no photos of THE GOBLIN THAT HUNG AROUND THE HOUSE FOR THREE DAYS?!