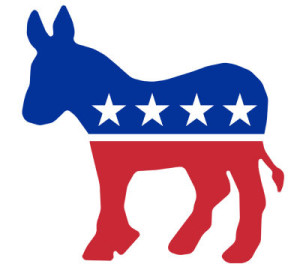 Grand Theft Auto V will undoubtedly be hailed by some as a masterwork of game design, conception and execution. It’s also undoubtedly one of the grittiest, most casually violent and morally ambivalent games ever to earn the Entertainment Software Ratings Board’s “M for Mature” advisory. While the ESRB’s attempts to legally restrict the sale of games based on content have failed thus far, many, many retailers have voluntary policies on the books, and will not sell an “M”-rated game like Grand Theft Auto Vto anyone under 17.

Which means fuck-all if some cretinous parent wants to buy it and use it as a babysitter for their 10-year-old.

On Monday, gaming site Kotaku.com published an essay by an unnamed video game retail worker titled “I Sold Too Many Copies of GTA V to Parents Who Didn’t Give a Damn.” In it, the anonymous author writes about being worn down by selling so many copies of GTA V — and other “M”-rated titles — to parents who are obviously buying the game for kids “who could barely see over my counter,” despite the clerk’s attempts to sway them without pissing them off.

WARNING: The following article contains explicit if not altogether anatomically accurate references to the male and female sexual organs, i.e. “peepies” and “hoo-haws.”

As a 40-year-old man-boy who is both bitter about no longer being in the youthful marketing demographic and infuriated/terrified by young adults, I spend a fair amount of time lurking on websites patronized by people in their late teens and early 20s. Strictly for research purposes, of course; I gotta stay up on the culture, ya know. So my web browser’s newsfeed is full of posts to sites like TextsFromLastNight, which for years has aggregated drunken, confessional and drunkenly confessional text messages in a sort of never-ending torrent of oversharing by alternately inebriated and hungover kids driven to trumpet their latest ill-advised activities.

1. The American young adults who nurture such sites have absolutely no sense of boundaries, and 2. They don’t like any of the current slang terms for genitalia.

Last weekend, UK newspaper the Daily Mail published an article about evolutionary biologists altering the DNA of chicken embryos so that the embryos developed alligator-like snouts instead of beaks. The scientists suppose chickens are the evolutionary descendants of dinosaurs, and that chickens once had reptilian snouts millions of years in the past.

Obviously, the first question any God-fearing American conservative should ask upon reading about scientists screwing around with DNA in order to put alligator snouts on chickens is, “Why the hell do we need chickens with alligator snouts?” After all, the Bible explicitly forbids fooling around with the magic building blocks of human life-it’s in there with the shit about Jesus being Caucasian and the nobility of amassing personal wealth, if you want it to be hard enough.

The Mail story explains this reverse engineering could lead to “improving” contemporary species so they’ll be better suited to changing climates and environments, as well as the usual claims about such research leading to invaluable advances in medical science. In an opinion column on CNN.com, renowned paleontologist Jack Horner also suggests this and other experiments might be used to educate the general public in evolutionary processes.

Of course, none of those is the real reason why we’re making ChickenGators.

The real reason why we’re making ChickenGators is this: END_OF_DOCUMENT_TOKEN_TO_BE_REPLACED

Hipmunk – Also a first person shooter, in which players vote on the popularity of anthropomorphic animal GIFs by ironically “shooting” at them while Journey songs play.

Mashable – This may be totally off-base, but it sounds like teens talking about other teens and celebrities they’d like to make out with. You know, like maybe some new slang with which I’m “not down?” Is Justin Bieber mashable?

Dropbox – Like Craigslist, but without anything that doesn’t involve strangers hooking up in bathrooms.