Read this, and think for a while about how close Paul Ryan–a man who shares fully the perspective of the hospital in the story–came to being the Vice President of our nation.

Mix It Up at Lunch Day is a decade-old tradition for more than 2500 schools, in which students are encouraged to sit with peers outside their usual circle of friends. The purpose of the program is to get the students to see each other as equals–it’s a lot harder to bully someone, or just treat them shabbily, when you know their name and have shared a meal or two with them.

Mix It up at Lunch Day is also, according to the American Family Association, a sneaky platform for pushing the homosexual agenda in our nation’s schools.

Why must some people always make another group of people (Communists, Muslims, the LGBT community, furries, etc.) the victims of their fear? Why can’t they just be afraid of shark attacks or flying or roaches crawling on ’em while they’re asleep like everybody else?

I’ve really had enough of the homophobia today. First, we had Oreo’s colorful message of equality inspiring idiots to unknowingly swear off pretty much all processed food forever. (Which, fine, maybe they’ll starve.)

Now there’s this–batshit crazy La Jolla resident Patricia Weber giving us a CHILLING look into the future. A future in which a man returns from our moon base to discover the legalization of gay marriage has literally destroyed the fabric of society. GASP! It’s basically Bill Murray’s speech from Ghostbusters, only with more polygamy and, you know, moon bases.

Listen: You define the sanctity of your own marriage.

Listen: If you want to get technical about it, the sanctity of marriage was originally and irrevocably defiled in the sixteenth century, when King Henry VIII started a new branch of Christianity for the sole purpose of legitimizing his own divorce.

Listen: Your “defense of marriage” is nothing more than a rationalization of your own fear-based prejudices. You are afraid of gay people because they’re different than you, and your fear makes you hateful. End of story. To refuse any group the same rights you afford yourself is to automatically designate them as lesser. I’m sorry you don’t like to think of yourself as a bigot, but if you are against gay marriage, you’re a bigot. There it is.

Listen: The “slippery slope” doesn’t have to exist. We’re pretty clever apes; I’m almost positive we can figure out how to legalize gay marriage without insinuating that people can marry horses or goldfish or cacti. That’s just stupid.

St. Pete Pride is this weekend. It’s one of the biggest gay pride events in the nation, and I’m proud that my hometown hosts it. Enjoy! 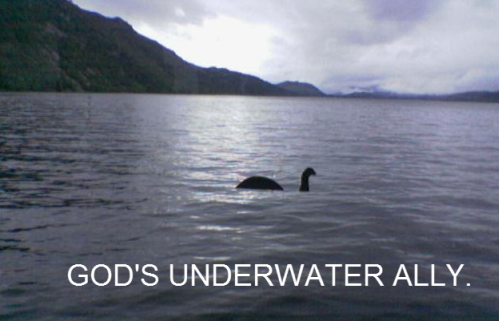