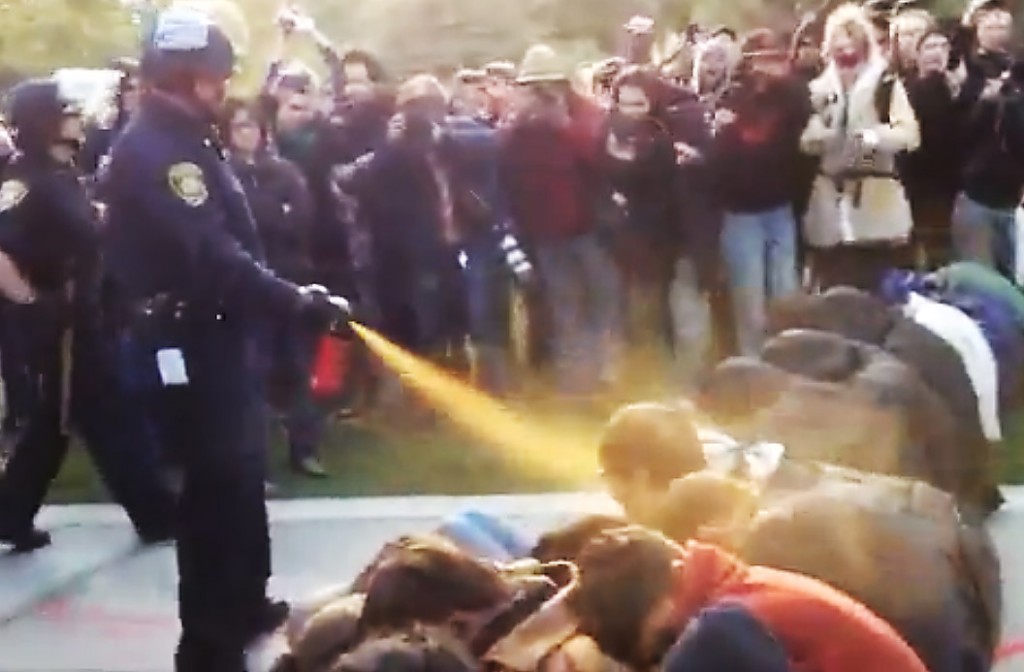 I can’t remember the last time we went a solid week without a news story chronicling an unfortunate collision of cops and cameras. Every time I scan my feeds, there’s either a think piece on the legality of American citizens recording the police in public, or a specific report in which a confrontation between officers and a smartphone-wielding bystander turns either ugly or tragic.

Let’s set aside for a moment that A) recording the possible misconduct of a public servant occurring in public is not only perfectly justifiable but to be encouraged; B) the police must be held to a higher standard than most other citizens and “policed” accordingly; and C) making the recording of police officers doing their jobs in public illegal will do absolutely nothing to deter the practice. Let’s instead focus on the question each new story inspires in my mind:

Knowing at least half the people on the streets have a video camera in their pockets, why the fuck do some police officers continue to not only use excessive force, but also to accost, threaten and even assault the people capturing it — in front of other people, and other cameras? 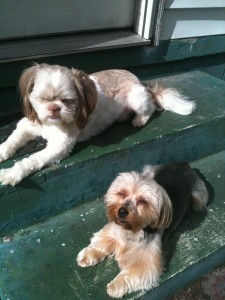 Well, like one of these. I’m looking for a stuffed animal that resembles either Bentley (top) or Sophie (bottom) for some video shorts. Doesn’t even really have to be a dog, either–just reminiscent of the general shape and color.

If you see anything online or while you’re out and about, email or DM me. Thanks.

(UPDATE: After Creative Loafing went to press, video surfaced that appears to show George Zimmerman immediately following the Trayvon Martin shooting. And people are already seeing more than it shows.)

Back in the very early ’90s, I caught a documentary on cable about America’s then-nascent culture of candid video. (Don’t hold me to it, but I believe it was an episode of HBO’s America Undercover series titled “Surveillance: No Place to Hide.”) It was full of manipulative, button-pushy emotional swings typical of programs made by folks who don’t want to come right out and tell you that THE WORLD IS GOING TO SHIT, PEOPLE — in the interest of journalistic integrity, they balance the doomsaying with a few beneficial elements, and let the music and the tone do the talking.

So you got, like, 45 amusing seconds of a naked guy caught locking himself out of his apartment by the building’s security camera, and 45 harrowing minutes of hockey-dad fights and gay-bashing and dash-cam footage of state troopers getting shot and stuffed into the trunks of the stolen sedans they pulled over for burned-out blinker bulbs. I vividly remember a segment in which a group of troglodytic kids steal a tourist’s camcorder and tape themselves gleefully beating said tourist unconscious. It might’ve been the first time in history a video made by criminals of their own crimes was used as evidence in their prosecution.

Sure, I could spend the next 20 minutes on YouTube viewing all manner of carnage, mayhem and pranks that end with surgical staples, and I wouldn’t be bothered in the same way. I’d probably be bothered in that vague my-soul-needs-a-shower sort of way. But come on; destructive young morons are hoisted by their own cinema-verite petards about once a week on average, and real-life death is just another prime-time entertainment option.