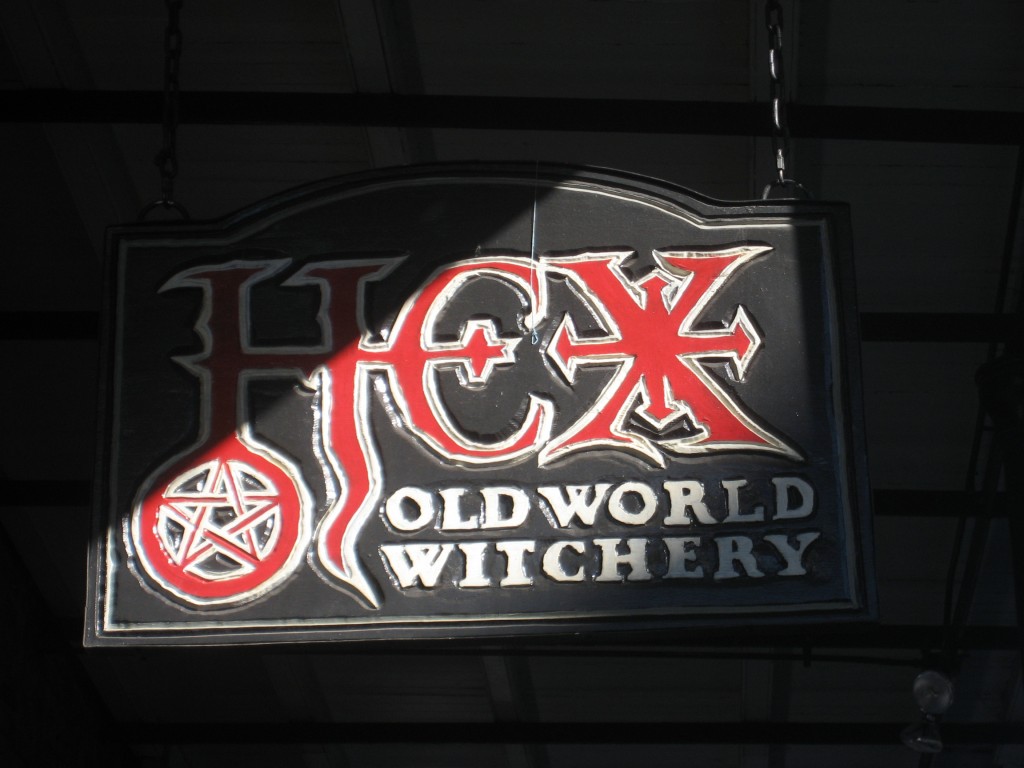 Rebecca’s birthday was just after Christmas, and she had never been to New Orleans. So, in Awesome Husband Fashion, I whisked her away to the Big Easy for a quick two-and-a-half day post-New Year’s trip, when things were slow at the restaurant where she works.

I’ve been to NOLA several times over the years to see and play shows, but I’d never really had a lot of time to wander around, see the sights, eat the food, etc. Eat is mainly what we did; my wife is beginning her new career in food, and this was basically a whirlwind tasting tour of the Quarter, CBD and the Warehouse District.

Here are 11 observations regarding the trip:

1. You could probably spend a year in the city eating out three meals a day, and never eat at the same place twice. There are that many restaurants.

2. You could probably spend a year in the city eating out three meals a day, and get a truly horrendous meal only a dozen or so times. There are that many GOOD restaurants. We had only one disappointing experience, and the place (EAT) is very highly rated, so I have to give ’em the benefit of the doubt and assume it was an off night or simply an off dish. 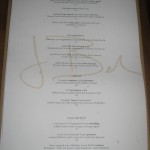 3. Chef John Besh knows his shit. Our dinner at his fine dining restaurant August was one of the top three or four meals I’ve enjoyed in my entire life. (House-made boar sausage! Crispy-skin pompano! DID I MENTION THE HOUSE-MADE BOAR SAUSAGE?!) Seriously, it was amazing. We also stopped into his brasserie/raw bar Lüke during happy hour, and were treated to some rather serious custom cocktails (Absinthe!) while we looked at more crazy-good food and smelled more crazy-good smells.

4. Other top-notch food experiences: an insane take on muffuletta and mac and cheese at Cochon Butcher, a heavily hyped place that more than lives up to its reputation; cafe au lait and beignets at Cafe du Monde in typical tourist style; the shrimp and pork belly banh mi (and everything else) at Green Goddess.

5. There’s something very cool and old-school about drinking in a hotel bar, even if the bar in question looks like a carousel and actually rotates, like the one at the Hotel Monteleone. Ace bloody marys, and the bartenders were super friendly and engaging.

6. We hit too many bars to remember, but we stayed away from obviously touristy places and they were all cool. The guy next to me at Finnegan’s Easy brought his dinner–what looked like a bologna sandwich on white bread, cut in half and in a sealed baggie–along with him. 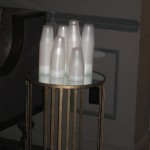 7. It’s really weird to see to-go cups by the door or at the end of the bar in EVERY watering hole, even the upscale places. We were in town during a sort of post-holiday lull, so there wasn’t any street-party wildness going on, but I definitely got the feeling that most locals could walk around with a cocktail and not feel the need to rip their shirts off or punch strangers for sport. Civilization, self-control, adulthood, etc.

8. Speaking of the locals: I’ve been to a lot (A LOT) of tourist destinations where a considerable percentage of the locals I encountered were, shall we say, conspicuously disdainful of visitors. Not so in NOLA. Everyone we met, hung out with, paid for service, etc., was very naturally mellow and friendly. I came out of the bathroom at a cool, forward-thinking wine tasting joint called W.I.N.O. to find Becky talking to a woman who turned out to be a concierge for a hotel in the Quarter; this woman went out of her way to recommend some great non-touristy things to do and see, and even gave us her card and told us to call her if we had any questions about anything during our stay. And whenever we were around a group of strangers (at the bar, waiting for the ghost tour to start, pretty much anywhere), we found ourselves being drawn into conversations and joking with whoever happened to be around. It was a bit of a faith-restoring experience.

9. Our first use of airbnb was a success. Great hosts, great old-school location in a quiet section of the Quarter, great little studio, great price. I will henceforth highly recommend it as an alternative to hotel stays, until such time as I am beaten mercilessly and robbed in an apartment in Chicago. 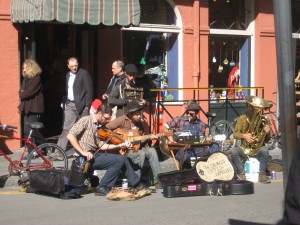 10. We didn’t get to see any live music, beyond the sick-talented buskers and other street performers that make their living entertaining the French Quarter crowds. Lots of folks told us, though, that Frenchmen Street in the 7th Ward is the current home of NOLA’s best indigenous music, sort of the way Bourbon was decades ago, before the party-tourism boom. I was somewhat bummed that our trip didn’t include some great shows, but as previously mentioned, it definitely felt like the city was taking a bit of a breather after the holiday season. Plus, after walking who knows how many miles each day, we were generally tired, pleasantly buzzed and in bed by, like, 10–a bit of a change from my previous New Orleans experiences, which often included things like vampire bars, gay clubs, 4 a.m. tire changes and copious amounts of vomit.

11. And finally, the absolute best demurral when asked if one would like to hang out the following day is, “I can’t, I’m flying to Houston to pretend to play bass to pre-recorded music during the halftime show at an NFL wild card game.” Which is what Zac said, and did. Many, many thanks to Zac and Gale for picking us up from the airport and showing us around on Thursday.