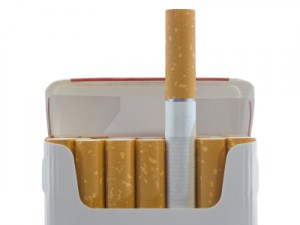 2. The one that follows unexpected bad news.

3. The one that follows a job well done.

4. The one you smoke while you’re deciding something important, or unimportant.

5. The one somebody actually takes out of their pack and foists upon you without your asking. (The one you pull out of somebody else’s pack, or ask for, counts.)

7. The one you smoke rather than engaging in an act of violence.

8. The first one you smoke with any alcoholic beverage.

9. The one at the end of an especially satisfying meal, or a meal.

10. The one you employ as part of a cheesy barroom magic trick.

See, you’re really only smoking, like, eight cigarettes a day. The rest are just punctuation, reward and politeness.