Been a little lax (OK, a lot lax) about the blog lately, so I’m going to do some catching up here. This column originally appeared online on March 12. 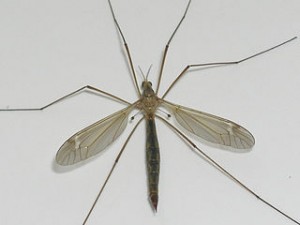 If you had time between dragging your unmotivated ass into and out of work yesterday to check the news online, chances are you were deluged by semi-hysterical notices regarding Florida’s latest imminent environmental cataclysm. Mutant mosquitoes the size of a ninth grader’s fist are, even as we speak, staging en masse amid the swampy hidey-holes of the Everglades, just waiting for the weather to turn warm enough to inspire a statewide assault.

And they’re starved for the blood of our pets, our fauna, and ourselves! USA Todayquoted a MOSI employee as saying “it goes after people, and it bites,” and that being bitten (honest to God) “feels like you’re being stabbed.”

Yeah, all right — regular mosquitoes are pretty much starved for blood, and go after people, and bite. But … stabbing!

(About five other outlets also used this same quote, BTW, which appears to have originated with Orlando’s, ahem, Fox affiliate.)

And. AND. Staging, you guys! Staging to SWARM! A SWARM OF GIANT STABBING MONSTER MOSQUITOES THE LIKES OF WHICH WE’VE NEVER SEEN!

Remember? Remember last June’s catastrophic statewide gallinipper swarm? The one that carried off your burro in a cyclone of buzzing winged death after stripping the paint from your house and the skin from your mother-in-law? How could you forget?