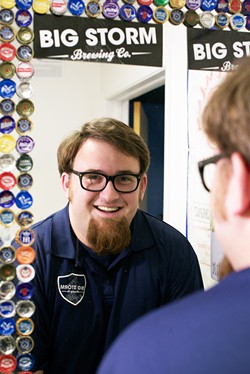 In which I continue to profile the passionate folks who make craft beer throughout the Tampa Bay area, which is exploding—EXPLODING—with handmade brews, from serious small-batch stuff to larger (but still pretty small, considering) independent commercial production facilities.

Here’s my feature on Mike Bishop, who moved to Pasco to escape the creeping sprawl of other Bay area neighborhoods, and ended up founding an artisanal brewery that’s one of the most widely distributed in the state. (Photo by Kevin Tighe for Creative Loafing.)